Talking about the process of stainless steel laser cutting machine 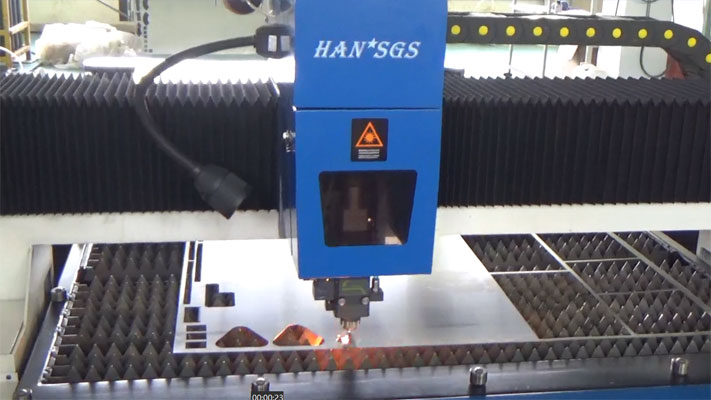 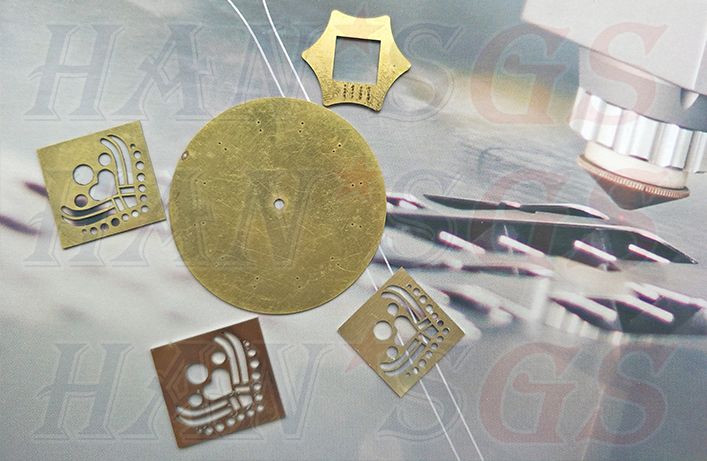 Because the development of stainless steel is booming, in this huge industry, one needs their electromechanical equipment, but the stainless steel laser cutting machine is an option!

Under the heating of the high power density laser beam, the surface temperature of the material rises to the boiling point temperature so fast that it avoids the melting caused by heat conduction, so that some of the material vaporizes into vapor and some of the material is ejected from the bottom of the slit. The auxiliary gas stream is blown away. Some materials that cannot be melted, such as wood, carbon materials and certain plastics, are cut and formed by this vaporization cutting method.

Melting and cutting generally uses an inert gas. If it is replaced by oxygen or other reactive gas, the material is ignited under the irradiation of a laser beam, and a strong chemical reaction with oxygen produces another heat source called oxidative melting cutting. The specific description is as follows:

(1) The surface of the material is quickly heated to the ignition temperature under the irradiation of the laser beam, and then a severe combustion reaction with oxygen is performed to release a large amount of heat. Under the action of this heat, a small hole filled with steam is formed inside the material, and the periphery of the small hole is surrounded by a molten metal wall.

(2) The combustion material is transferred into slag to control the burning speed of oxygen and metal, and the speed at which oxygen diffuses through the slag to reach the ignition front also has a great influence on the burning speed. The higher the oxygen flow rate, the faster the combustion of the chemical reaction and the removal of the slag. Of course, the higher the oxygen flow rate, the better, because too fast a flow rate will result in rapid cooling of the reaction product at the exit of the slit, ie, the metal oxide, which is also detrimental to the quality of the cut.

(3) Obviously, there are two heat sources in the oxidative melting and cutting process, namely the laser irradiation energy and the thermal energy generated by the chemical reaction between oxygen and metal. It is estimated that when cutting steel, the heat released by the oxidation reaction accounts for about 60% of the total energy required for cutting. It is apparent that the use of oxygen as an auxiliary gas results in a higher cutting speed than an inert gas.

(4) In the oxidative melting cutting process with two heat sources, if the burning speed of oxygen is higher than the moving speed of the laser beam, the slits appear wide and rough. If the laser beam moves faster than oxygen, the resulting slit is narrow and smooth.

For brittle materials that are easily damaged by heat, high-speed, controlled cutting by laser beam heating is called controlled fracture cutting. The main content of this cutting process is that the laser beam heats the small area of the brittle material, causing a large thermal gradient and severe mechanical deformation in the area, resulting in the formation of cracks in the material. As long as a balanced heating gradient is maintained, the laser beam can direct the crack to occur in any desired direction.

It should be noted that this controlled fracture cutting is not suitable for cutting acute and angular slits. Cutting a large closed shape is also not easy to succeed. Control the fracture cutting speed is fast, do not need too high power, otherwise it will cause the surface of the workpiece to melt and damage the edge of the slit. The main control parameters are laser power and spot size.